I decided to mix it up this week and write about a book I have just finished called Urban Aviary: A Modern Guide to City Birds, which was written by… Read more Reading Recommendation → 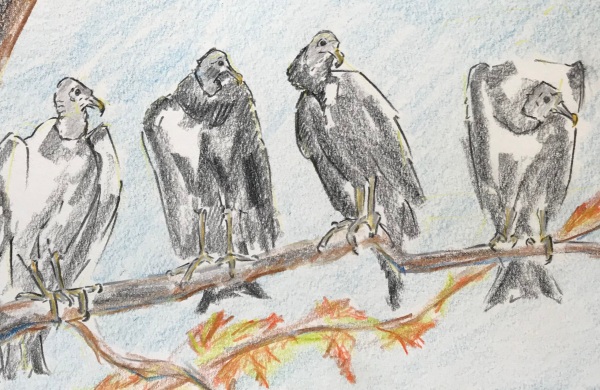 We Each Have Our Own Role to Play

A few weeks ago I saw a couple of black vultures feasting on carrion on the side of MacArthur Boulevard in Bethesda, Maryland. Then yesterday, immediately after I crossed Chain… Read more We Each Have Our Own Role to Play →

Some folks think Canada Geese are pests. It’s true that the population of these birds is very large, but I hardly find it to be pestilential. I admit stepping in… Read more Handsome Honkers →

Almost Didn’t See You There!

Hector went to visit his folks for the weekend.  I missed my best friend a lot. I was feeling a tad blue, so I decided to go to Rock Creek… Read more Almost Didn’t See You There! →

Not Your Usual Woodpecker

I was pretty sure I saw a northern flicker foraging for food on someone’s lawn the other day.  When the bird flew up into the branches of a nearby tree… Read more Not Your Usual Woodpecker →

Hector and I went to Sandy Point State Park over the weekend.  When we got there, we decided to wade out to the lighthouse.  We had a lot of fun… Read more Loons Ahoy! → 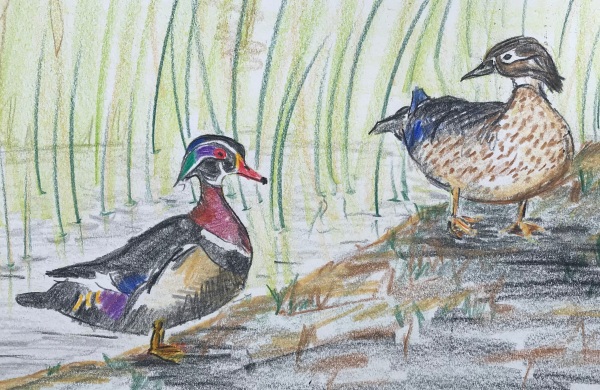 Hector and I were lucky enough to see wood ducks when we visited the Jug Bay Wildlife Sanctuary over the weekend. Jug Bay is a mere 20 miles east of… Read more Let’s Talk About Gizzards →

Have you ever seen the back half of a duck sticking out of the surface of a body of water and wondered: what’s going on there? If so, you saw… Read more Dive or Dabble? →