What’s in a Name?

I like American Crows and am lucky enough to see them all the time. Why just today, I saw a crow perched on a lamppost outside the market and then I saw two crows in an oak tree I passed on my way to NuNu’s house.

Did you know that crows are very smart? They are thought to be some of the smartest birds in the world. I like the way crows say “Caw! Caw! Caw!” and I like how big they are. Crows are much easier to spot than a teeny bird like a house finch.

When I see a crow, I stop to admire it. Before this past weekend I had never seen a large group of crows, even though I know they often gather in sizeable flocks. So when Hector and I came upon a murder of crows, I was very excited.

“Hector! Look at all these crows! I think this qualifies as a murder, don’t you?” I asked my best friend when we saw what seemed like 500 crows gathered in neighboring trees.

“Um. What?” Hector gasped. “A murder? Where? How?” He looked quite spooked all of a sudden.

“A group of crows is called a murder of crows, silly. No one has been killed,” I replied. “It’s a special name like a pride of lions, a conspiracy of lemurs, a bevy of swans, a swarm of bees, or a prickle of porcupines. It’s pretty old-fashioned to use those words but I like to. I think they’re both wacky and charming.”

“Nothing called a murder is charming, Bernice!  I want to go home now,” Hector shivered with the creeps.

We headed back the way we had come, and soon I could not see the crows any longer. But I could hear their caw-caw-cawing for quite a long time and I found the sounds delightful. 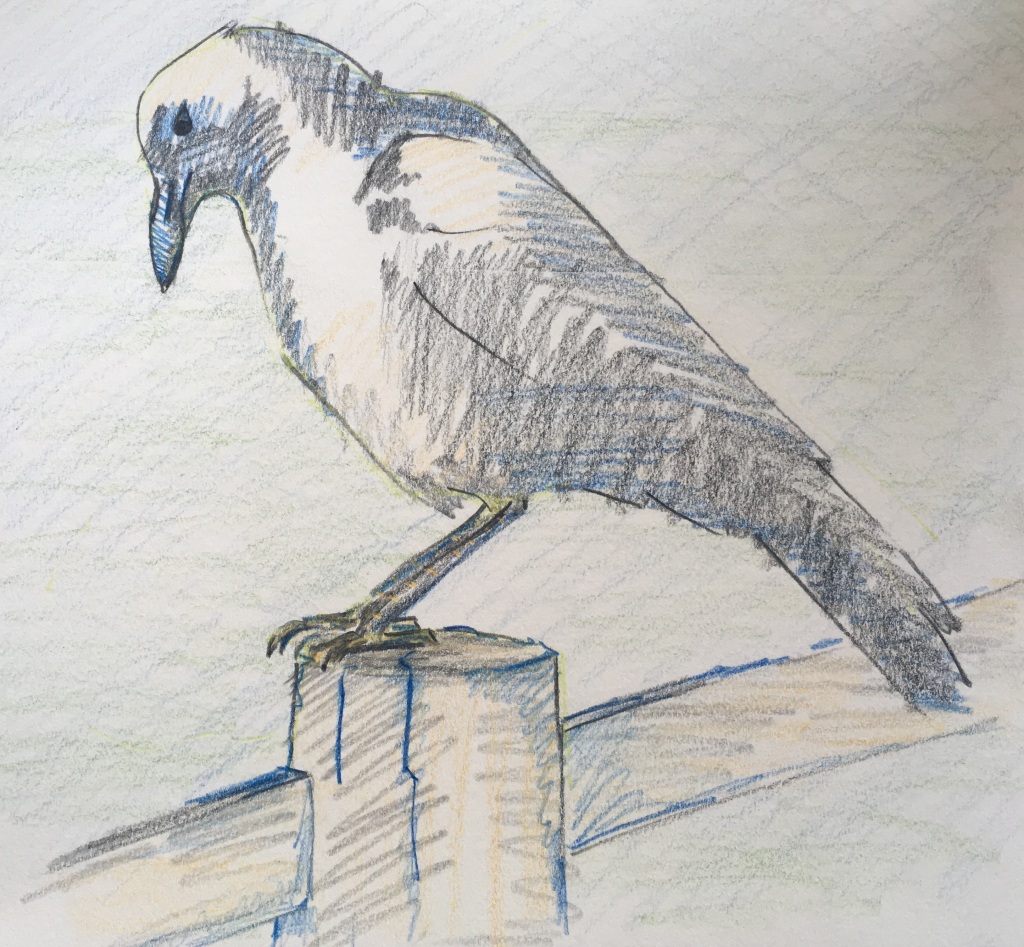