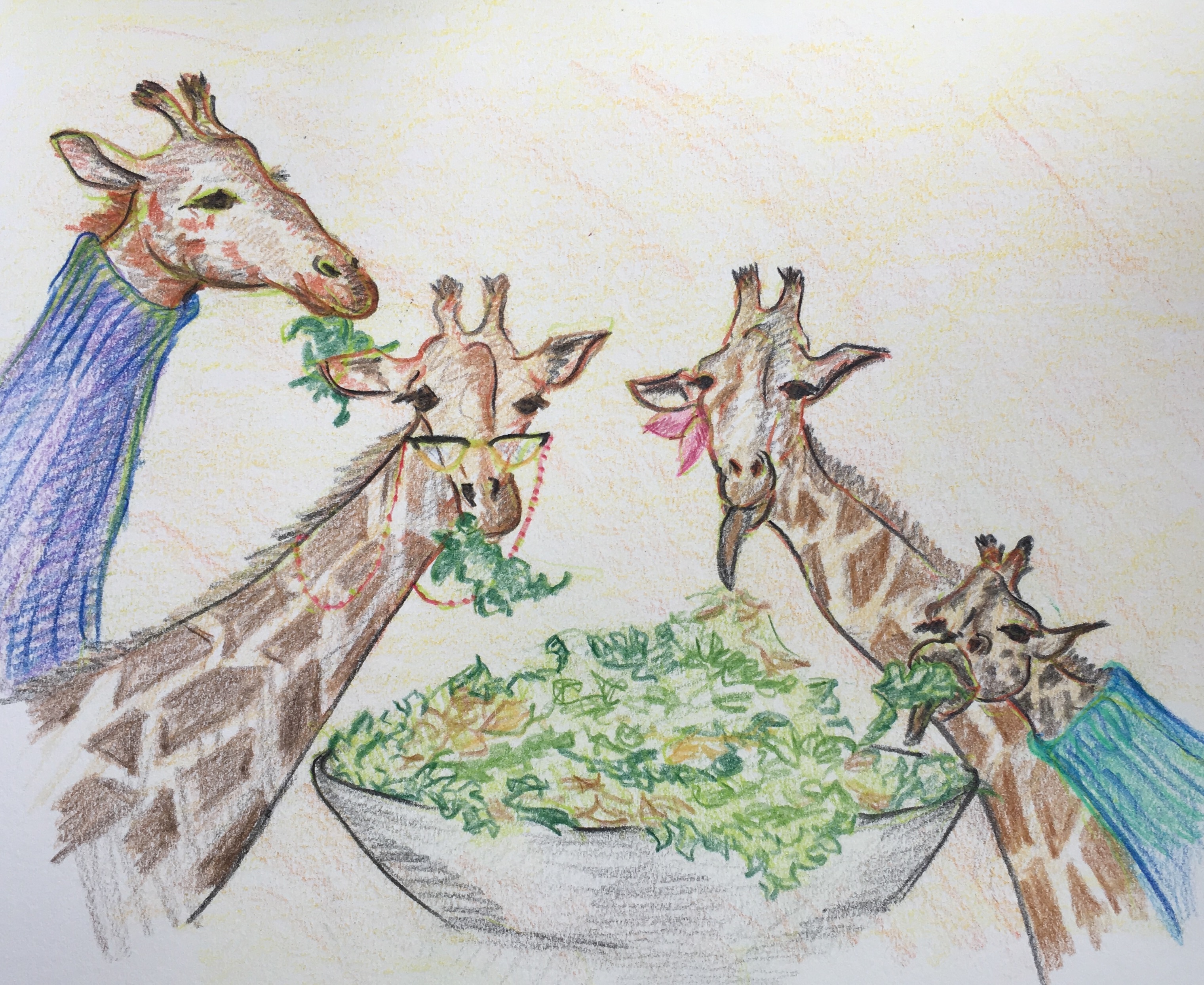 The weather has been absolutely frightful and I found myself craving a good gallon or two of steamy-hot, green tea. I picked up my favorite kind and decided to go to my parents’ place to see if they would like some too.

As luck would have it, my parents were making my favorite salad for dinner. They had purchased a few hundred pounds of acacia leaves earlier in the day, so there was enough to go around. For a couple of days anyway.

Louisa, my much-younger sister, was super excited to try the special giraffe’s blend of tea I brought so we made that while my parents prepared the salad. Louisa grimaced after she took her first sip and said she did not like the tea AT ALL. I told her it was an acquired taste and suggested she try it again.

At the moment Louisa’s favorite word is NO. And yes, that’s NO in capital letters. My sister speaks many words in all caps these days. My sister told me she thought the idea of acquiring a taste was just plain-old SILLY and that she had absolutely NO intention of liking the tea EVER.

“Alright, alright, settle down, missy,” my dad said to her with a smile.

“It’s time to eat your dinner, Louisa,” my mom added.

Three of us filled our tummies with salad and tea.

One of us just had salad.

We were all satisfied.